Why do Java programmers have to wear glasses?

Because they don't C sharp!

If you’re someone who enjoys a good developer pun every once in a while and happens to be a beginner, an experienced developer or someone googling ‘web application development languages’ for your project, this is the blog for you.

Which is, never to choose one based on the hype.

But with so many web application development languages coming out, how do you know when to upgrade? Or what's best? What's the formula to building a well-functioning website? 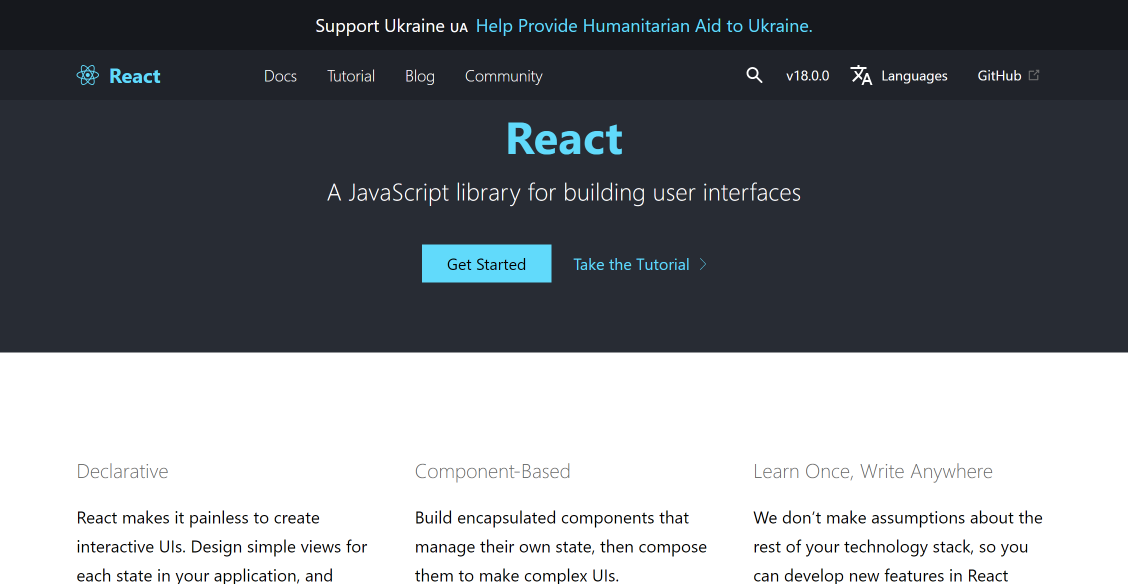 React is a Javascript library that was initially released in 2013 and is now an open-source Javascript library. It is known for creating powerful user interfaces for web application development which makes it one of the best front end languages booming in popularity these days. The main features of React include JSX, a syntax extension used to write HTML text code alongside React, Reusable components, virtual DOM for interactive web activities among others. As a crucial element of Facebook's technology stack, developers have all the more reason to believe that React might be one of the best language for large scale web apps.

When to use React? 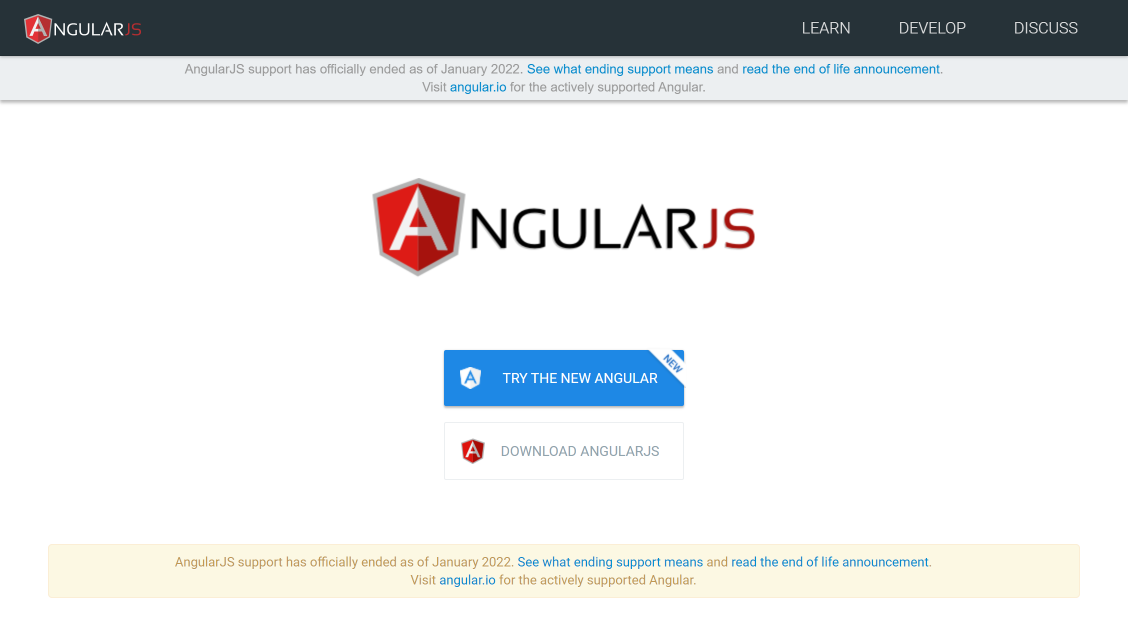 Supported by a huge community of developers worldwide and backed by Google, AngularJS is a part of the Javascript ecosystem. As an open-source framework, it is one of the front end languages for web development to go for, if the developer is keen on the design aspect of the web application. Angular JS is known to be suited for larger projects than short term projects.

When to use Angular JS? 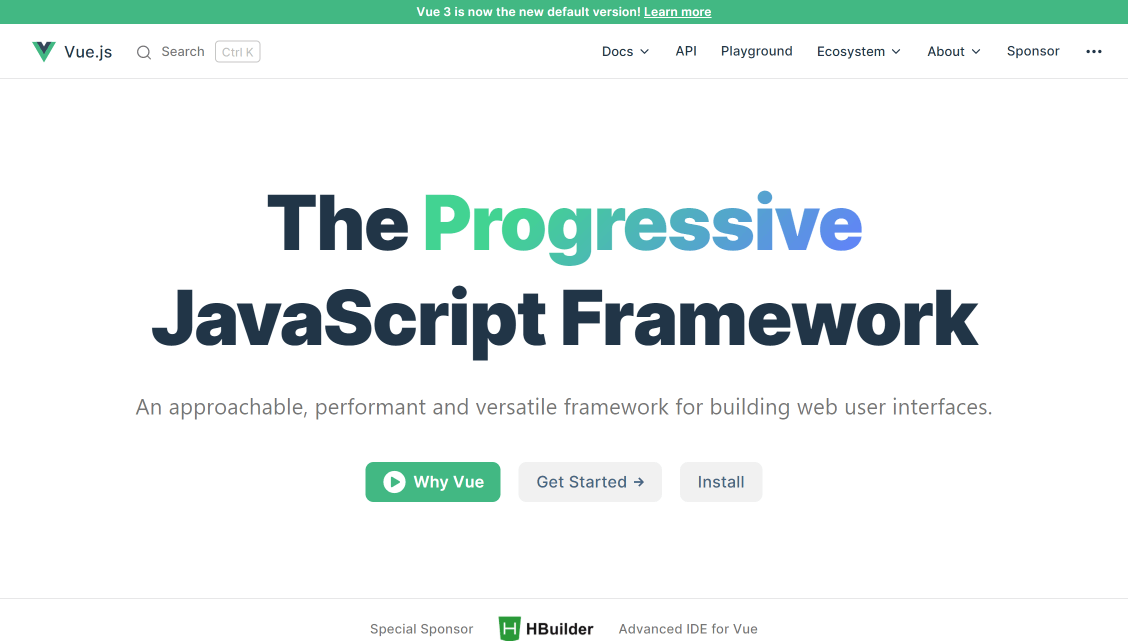 Sitting amidst the major players React and Angular in JavaScript, Vue forms one of the top 10 web designing languages and is suited for web interfaces and one-page applications. Vue is backed by Evan You and other community members and lacks the backing of a tech giant, but has seen widespread adoption by several tech companies. Compiled of a diverse range of tools, libraries and features, Vue is one of the software development languages that require a basic knowledge of HTML, CSS and JavaScript.

When to use Vuejs? 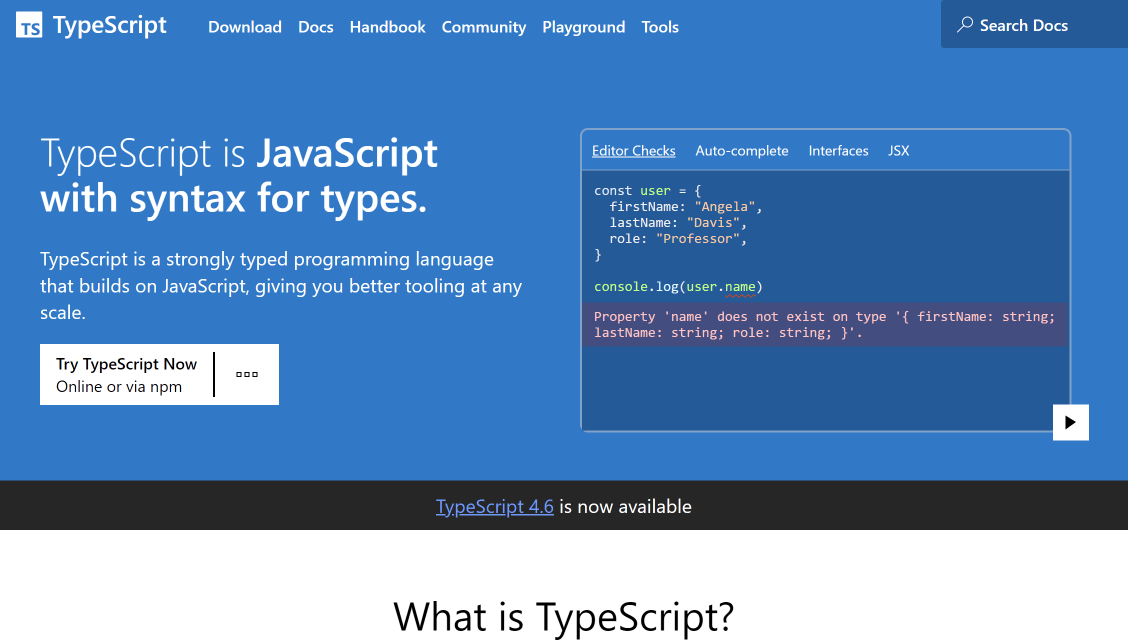 Rolled out in 1995, Typescript is a variant of JavaScript and one of the best front end languages for creating large codebases. Not only does Typescript inherit the major pros of JavaScript, but it also includes additional benefits such as optional static typing, early predictability of bugs, and reliability among others. Typescript is majorly suited for large-sized codebases and distributed teams working on the same project.

When to use Typescript? 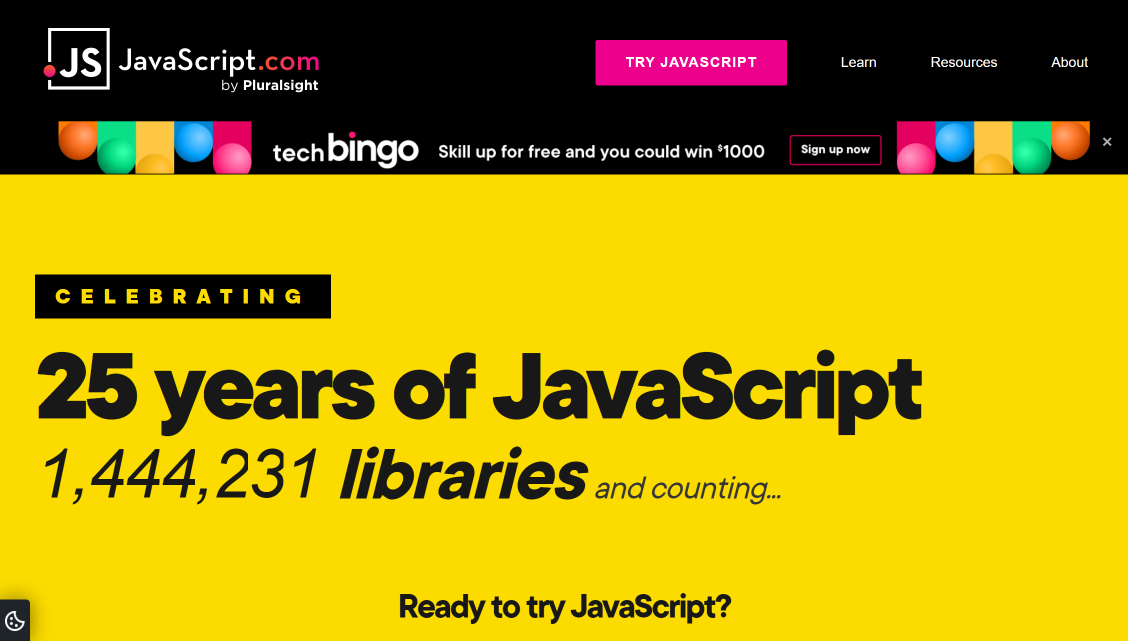 Saving the best for last, Javascript is arguably one of the best frontend languages used by developers for a variety of projects. Javascript is supported by all browsers and forms one of the pillars of website creation along with HTML and CSS. Javascript was previously used only for client-side scripting and is now used to write server-side code. The versatility of JavaScript among front end and back end languages has reached the point where any browser, computer device and even mobile application read JavaScript code.

When to use JavaScript? 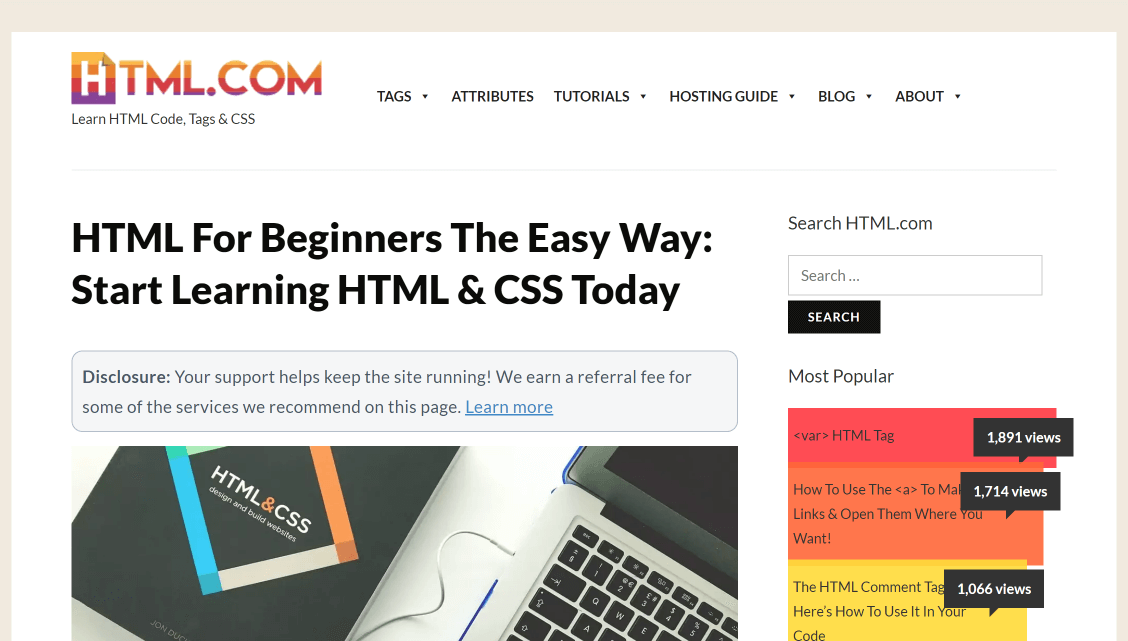 Hypertext markup language (HTML) is widely used and supported by every browser making it one of the best language for large scale web apps. HTML is widely used with Cascading Style Sheet (CSS) to create advanced and complex websites. The newest version, HTML 5 also comes with features such as geolocation, native audio, and video support among others. HTML is a relatively easy language to learn and use.

When to use HTML? 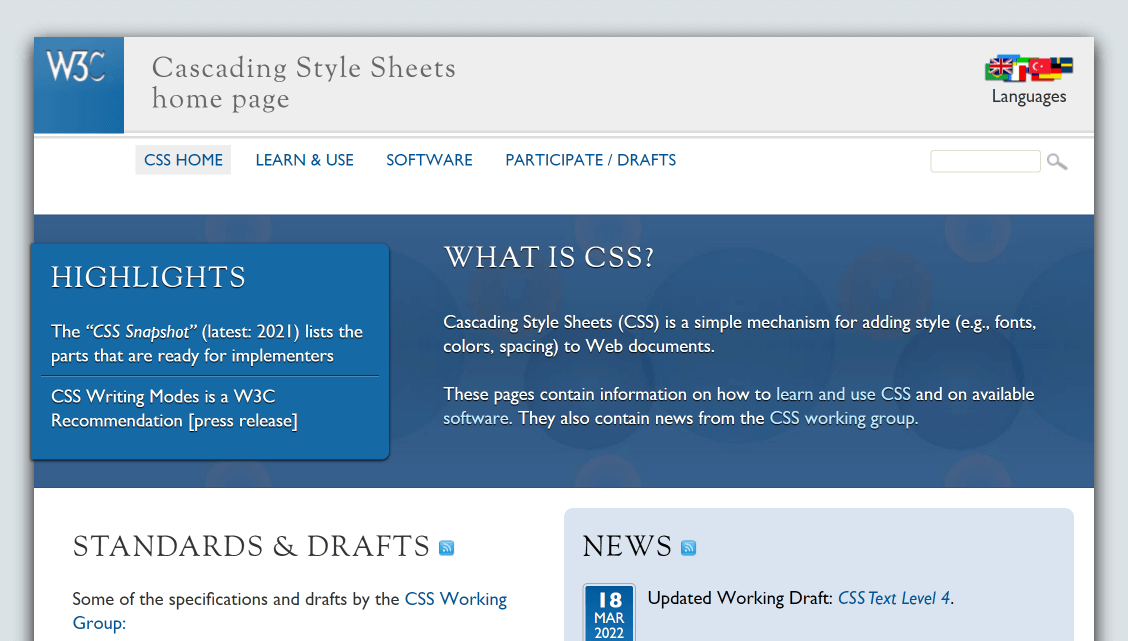 Cascading style sheets or CSS is a text-based coding language that specifies a website format and formulates communication between different websites. Web developers have the freedom to regulate different elements of the web page and with CSS, the design and feel of a website or internet page can be designed. Among front end and back end languages, CSS controls the display at the user's end and enables responsive design.

When to use CSS? 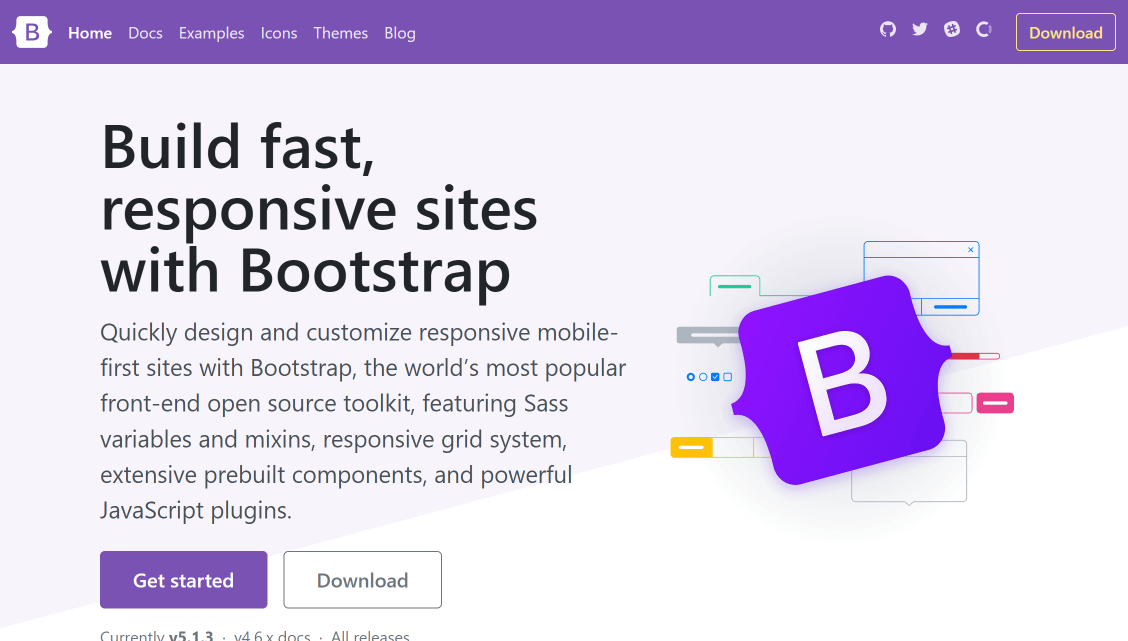 One of the most used front end languages for web development, Bootstrap is an HTML, CSS and JS framework to develop responsive web applications. Usage of bootstrap helps maintain synergy across different platforms and browsers.

When to use Bootstrap? 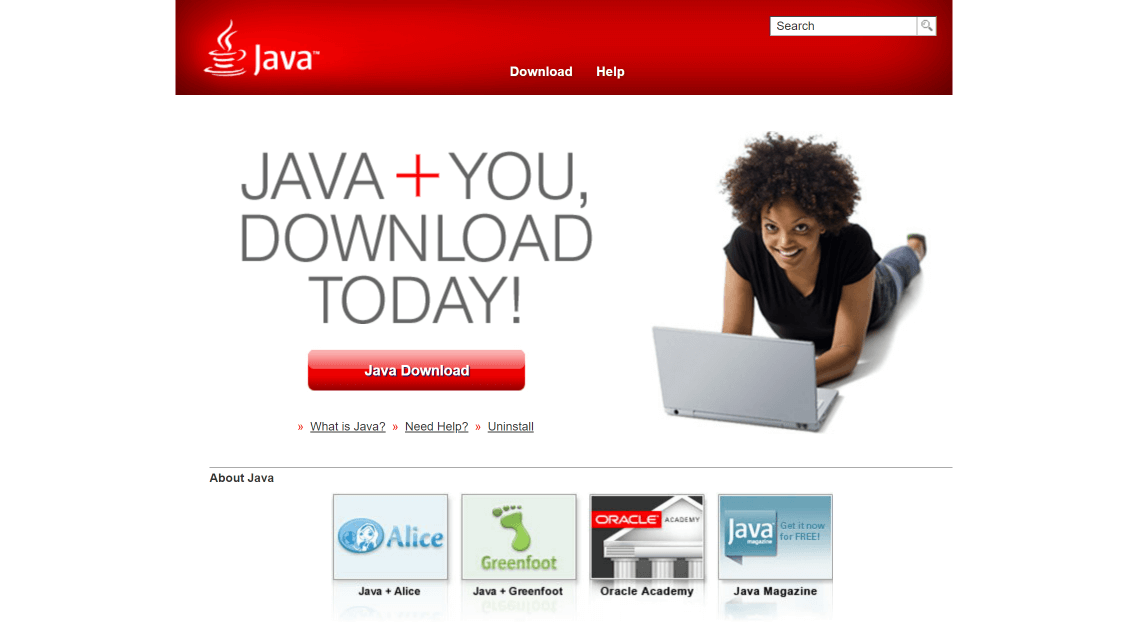 Java is one of the most popular backend languages that has been existing for two decades. Java is a general-purpose programming language that uses object-oriented programming and the ‘write once run anywhere’ approach. As an ecosystem of tools, Java contains Java Development Kit, Java Runtime Environment and Integrated Development Environment. The origins of Java started in the early 1990’s and now, a steaming cup of coffee is associated as the symbol of programming. Java is used for desktop, web, and mobile applications.

When to use Java 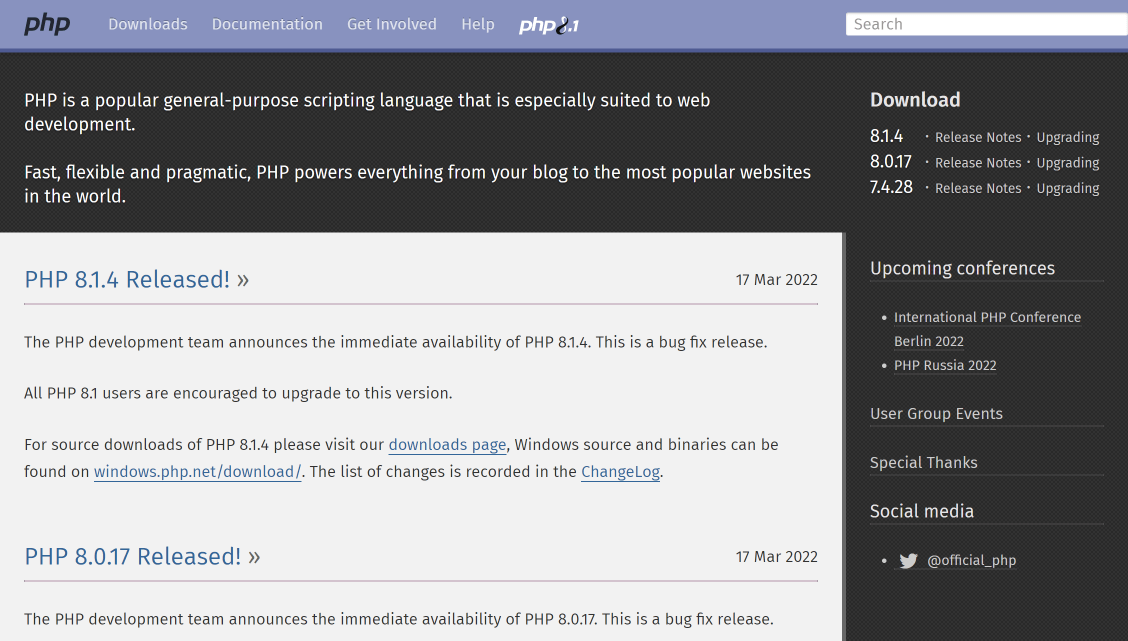 PHP or Hypertext preprocessor is a side scripting language that runs in web servers and does not rely on online browsers. As one of the most popular back end languages, .php is an open-source software that is perfectly suited for web development and can be embedded directly in the HTML code.

When to use .php 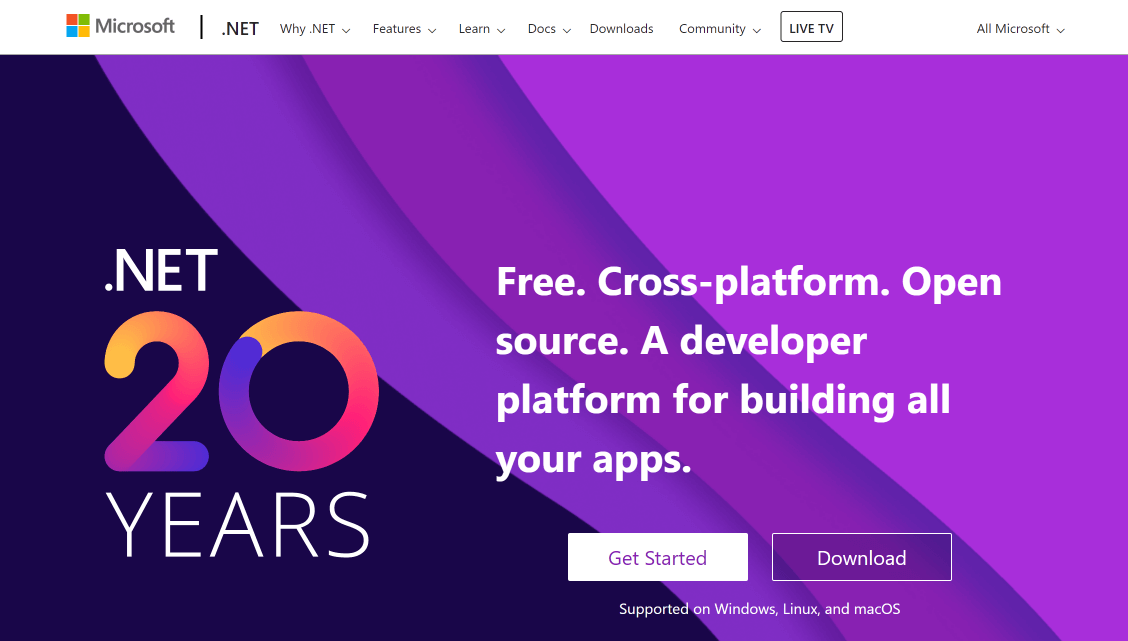 Created by Microsoft, .NET framework pops up in many of the applications that we know today. It is one of the most popular backend languages owing to its ecosystem that caters to a number of features across a range of different platforms. The .NET programming platform has elements namely .NET framework, .NET Core and Xamarin. The other main components of the .NET ecosystem is the Windows Presentation Foundation, a UI tool, Windows Forms, a .NET framework GUI library and the Base Class Library which forms the framework library for .NET.

When to use .NET? 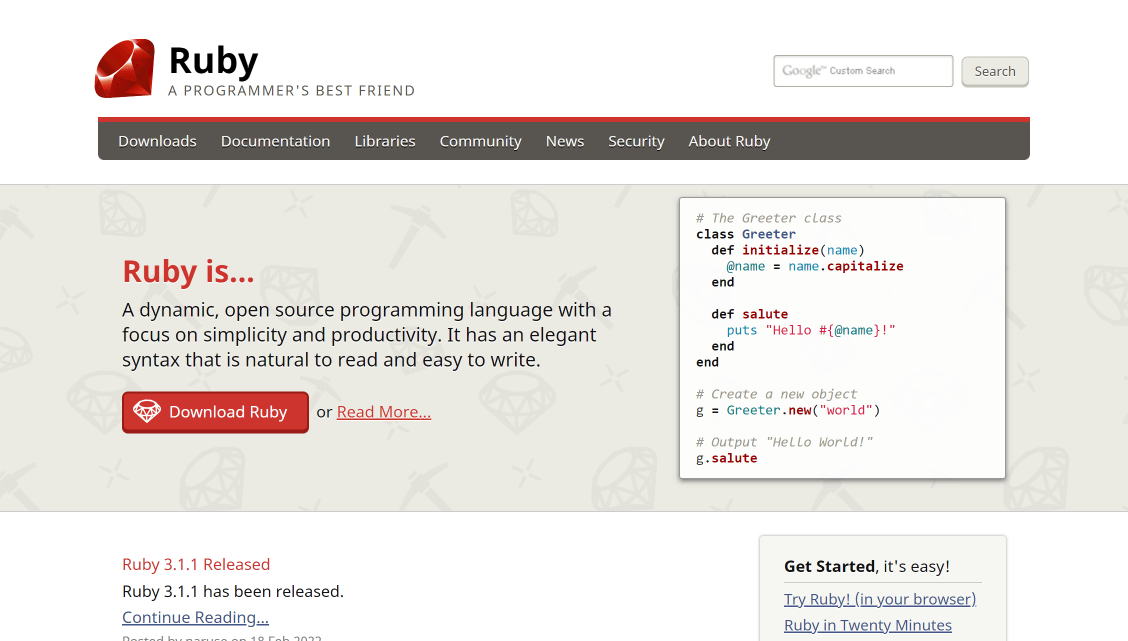 If you are a beginner or an expert, Ruby forms one of the most popular backend languages that is convenient and flexible to use. The reason why it makes on the list of top 10 web designing languages is the advantages that this valuable framework provides for developers worldwide. Ruby has a wide range of frameworks, with Rails being the most popular and being attributed to the spread of awareness of Ruby.

When to use Ruby? 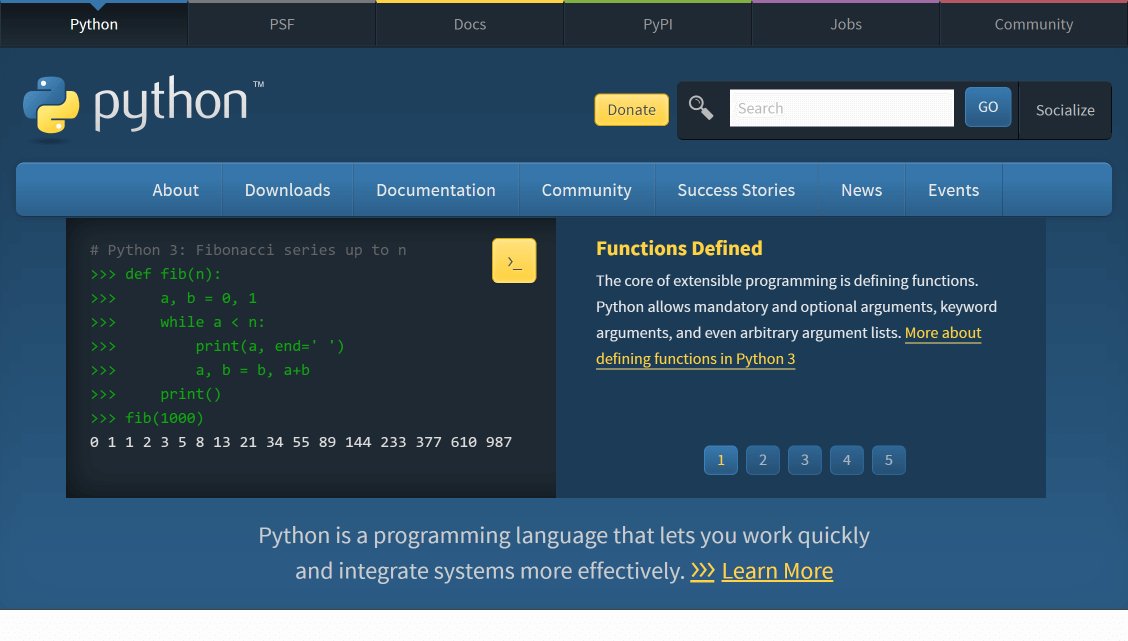 Deemed as one of the fastest-growing and versatile, best backend languages that is in use today, Python is now backed by a huge developer community. As a dynamically typed programming language, Python can be used for projects of all sizes. Its use cases extend to startups as well, who have a tight budget and tighter deadlines to release a high-quality product. With extensive support libraries, Python is used across domains such as tech, AI, machine learning data science and web development.

When to use Python? 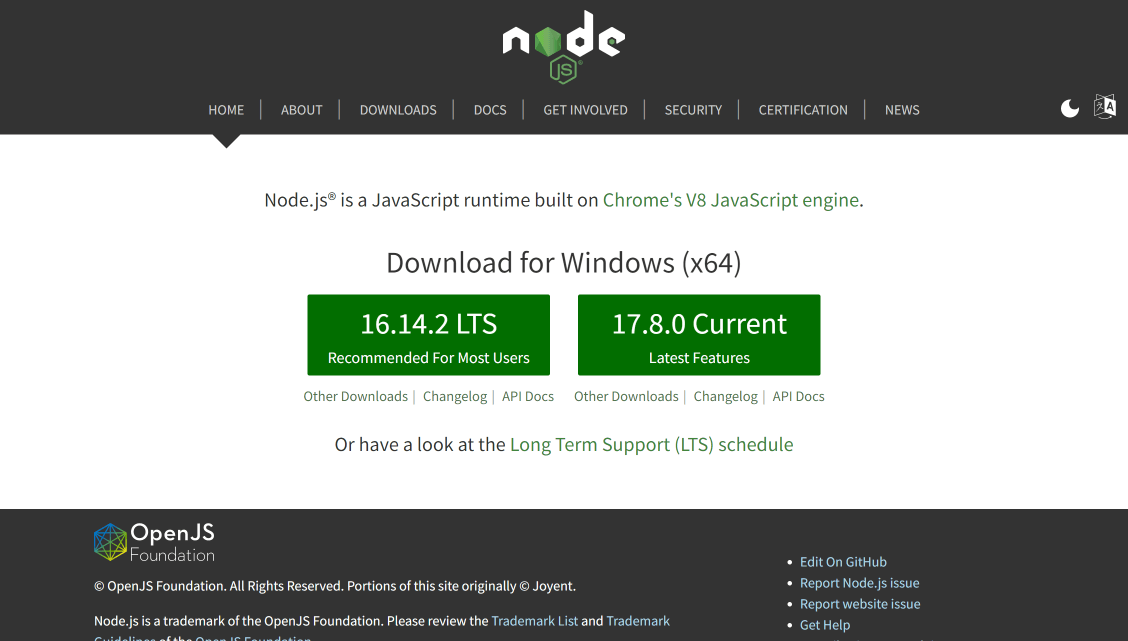 A runtime environment to execute Javascript on the server-side, Node.js rose to its peak in 2017 as one of the best language for large scale web apps. Based on Chrome’s V8 Javascript engine, we see wide adoption of server-side Javascript with Node.js in recent times. Node.js provides an asynchronous environment and works on a non-blocking execution where a block of code runs independently of another. This has also proven to be more effective than thread-based networking. Node.js forms one of the three main components of JavaScript, as Node.js is used for server-side programming.

When to use Node.js? 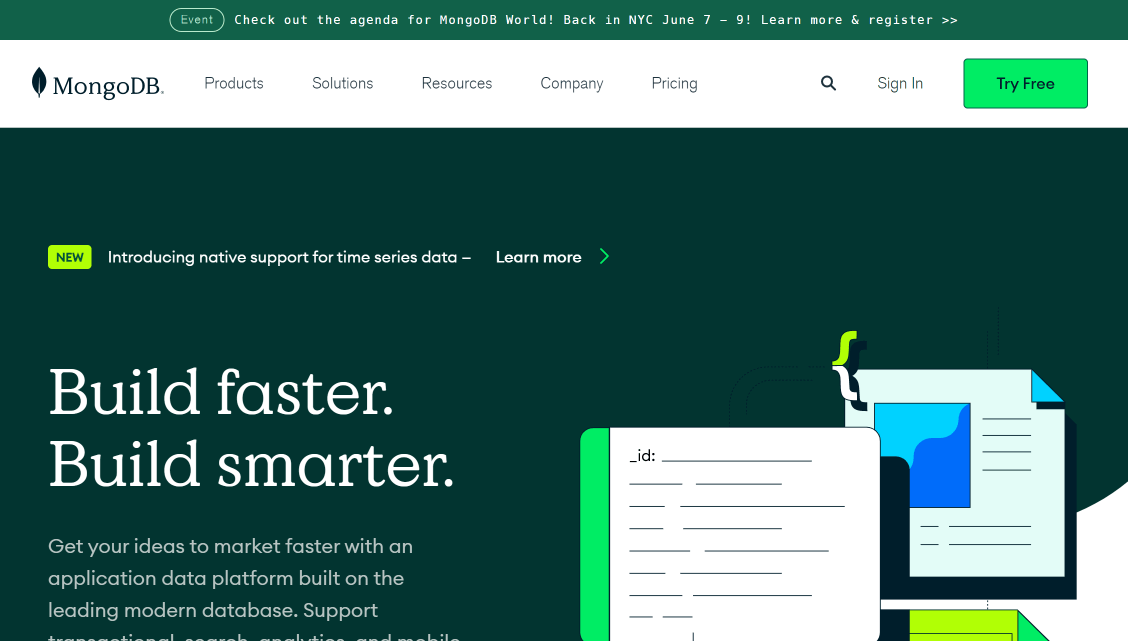 Built on a scale-out architecture, MongoDB helps developers store high volumes of data and build web applications using agile methods. Mongo DB is one of the most popular backend languages that uses a document-oriented data model and an unstructured query language. Due to its scalability and flexibility, developers can learn the language quicker. MongoDB stores data in BSON, a binary encoding JSON.

When to use Mongo DB

Frameworks for the best functionality: which programming language to go for?

Well, if you’re still confused about which web application development language you should use in your project, get on a call with our experts now.

Ever heard of lean software development? Here’s a quick guide to the definition, principles, and advantages of l...